Based in London, Paul de Lamerie was a silversmith of prolific output. The Victoria and Albert Museum in London styled him “the greatest silversmith working in England in the 18thCentury.”

天天看高清影视在线观看Paul de Lamerie was born on 9 April 1688 in ‘s-Hertogenbosch, the United Provinces (presently, The Netherlands). His father, Paul Souchay de La Merie was a French nobleman and a Huguenot who fled his homeland in the wake of the 1685 Edict of Fontainebleau which stripped the French Protestants of many of their fundamental rights and opened them up to even greater persecution by the majority Catholic population. Paul Souchay de La Merie joined the army of William III of Orange as an officer, and in 1689, during the Glorious Revolution, he moved to London. He left this life in 1735, destitute.

天天看高清影视在线观看As of 1703, Paul de Lamerie was apprenticed to London Goldsmith Pierre Platel (1659-1739), who was also a Huguenot. In 1713, De Lamerie established his own workshop, and, by 1716, he was beholden to King George I of England, working as a goldsmith. De Lamerie partnered with Ellis Gamble, who had between 1723 and 1728 been apprenticed to Master William Hogarth.

On 11 February 1717, Paul de Lamerie and Lousia Juliott were married and had together four daughters and two sons. De Lamerie’s first shop was located on Great Windmill Street, from which he moved in 1738, establishing himself at 40 Gerrard Street. His shop was most probably one of the 48 local properties of which he was the owner.

天天看高清影视在线观看Though he never achieved the rank of Prime Warden, De Lamerie was a member of a number of Goldsmiths’ Company committees. He died on 1 August 1751 and was interred at St. Anne’s Church in Soho. In 1992, the city unveiled a plaque memorializing him at 40 Gerrard Street.

De Lamerie’s earliest pieces adhere to the Queen Anne styles, aping classical French motifs. The works for which he is most well-known and well-regarded, however, are his Rococo-style forays in the 1730s.

天天看高清影视在线观看The quantity of pieces produced over the course of de Lamerie’s career that bear his mark indicates that he most likely employed the services of subcontractors throughout London. The most intriguing of these was an as-yet unidentified genius of the craft known to history only as “the Maynard Master.” The Maynard Master put out a host of truly beautifully ornamented pieces. The identity of this craftsman may never be discovered, but what is evident for all to see is the brilliance of his metalcrafts.

天天看高清影视在线观看Among de Lamerie’s clientele were Sir Robert Walpole, the Earl of Thanet, the Viscount Tyrconnel, the Ear of Ilchester, the Duke of Bedford, various other staples of the English aristocracy, King John V of Portugal, and, last but certainly not least, the Tsarinas Anna and Catherine of Russia. Finally, one of Queen Elizabeth II’s wedding presents was a two-handed silver cup created by de Lamerie.

Find the Value of your Paul de Lamerie. WorthPoint is the largest resource online for identifying, researching and valuing antiques. Explore over 425 Million “sold for” prices with item details and images.

The Gold, Silver, and Copper Coins of England: Exhibited in a Series of Fac-Similes of the Most Interesting Coins of Each Successive Period

Catalogue of a valuable collection of English coins of the reign of Charles I: in gold, silver and copper, including a few medals of the same period, the property of Cumberland Clark

A Guide to the Principal Gold and Silver Coins of the Ancients: From Circ. B. C. 70 to A

A Guide to the History and Valuation of the Coins of Great Britain and Ireland in Gold, Silver, and Copper: From the Earliest Period to the Present Time

The initials “LA” in uppercase lettering, beneath which is a fleur-de-lis, and, above, a star and crown.

The uppercase initials “PL,” a pellet between them, with a crown and star above, and a fleur-de-lis below.

The stylized uppercase initials “PL,” with a pellet between them and below them, and a crown above. 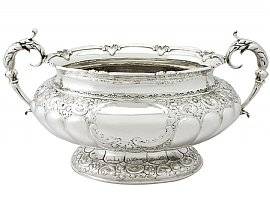 by AC Silver Unlimited
Luxury Silverware for the Christmas Table 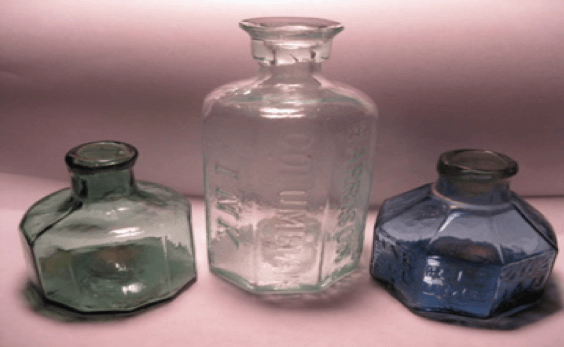 by Bram Hepburn
Some Tips of the Trade for Cleaning “Dug” Bottles, “Found” Coins, and Iron Relics 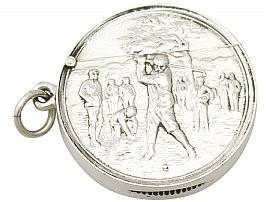 by AC Silver Unlimited
What is a Novelty Object?